Infertility treatment in modern medicine allows so many individuals and couples to realize their dreams of parenthood. Like most medical fields, fertility treatment has its own language, often complicated or highly technical. Acronyms are also a favorite in today's infertility medical lingo. To help decipher the terminology of 21st-century infertility medicine, we've compiled an "old school" favorite: A glossary of common terms and acronyms.

We've listed the items here in alphabetical order. Acronyms appear in their commonly used form, followed by the full term the set of letters represents.

Describes an event in which sperm clump together, making it difficult for them to swim easily. Sperm agglutination is a possible indication of immunological infertility, which makes it an important factor to consider in forming an infertility diagnosis.

A procedure that deposits sperm near the cervix in the vagina or directly into the uterus using a catheter.

The complete absence of menstrual periods.

A complete absence of ovulation.

ARTs are various procedures used to combat infertility in which conception occurs without sexual intercourse.

A process that includes an ART procedure, stimulation of the ovaries, or frozen embryos that are thawed for transfer into a woman. This process starts when a woman begins fertility medications or monitors her ovaries for follicle production.

A temperature reading taken every day that can be used to chart ovulation.

This freezing process preserves embryos, sperm, and other tissues at very low temperatures. When embryos are not utilized in an ART cycle, they can be cryopreserved for potential use in the future.

An in vitro fertilization procedure in which the egg used is procured from a donor.

Also known as egg donation, this term describes the donation of an egg from one woman to another. The goal is to become pregnant by in vitro fertilization (IVF).

Describes an embryo donated by a couple who previously had ART treatment that resulted in the creation of extra embryos. When donated, all parental rights of the donor couple are relinquished.

Professionals who specialize in advanced laboratory techniques to prepare and provide the conditions necessary for the fertilization of eggs. These specialists facilitate the development, growth, maturation, and preservation of embryos.

A physician who specializes in treating fertility problems. These physicians receive certification in a subspecialty for OB-GYNs from the American Board of Obstetrics after obtaining extra training in reproductive endocrinology and infertility.

This term refers to the period of development the fetus undergoes in the uterus from conception to birth, usually 40 weeks' duration.

A hormone produced in early pregnancy that's released from the placenta after implantation. It can be employed via injection to trigger ovulation after certain types of fertility treatments. In men, it can stimulate testosterone production.

This procedure retrieved eggs and sperm from both partners. In a laboratory, a single sperm is injected directly into the egg, and the fertilized egg is then implanted into the woman's uterus.

A term applied when the cause of infertility remains unexplained.

This occurs when a fertilized egg embeds itself in the uterus lining.

Inability to conceive following a year of unprotected intercourse, or six months in women over age 35.

Less frequently, it can stand for intra-uterine injection or intra-uterine infection. Intra-uterine insemination is a procedure for treating infertility. The sperm is washed, then concentrated before being placed directly in the uterus when the ovary releases one or more eggs.

A complex procedure for treating infertility in which mature eggs are retrieved from ovaries and fertilized by sperm in a lab.

In this laboratory procedure, sperm is injected next to an egg cell surface in a laboratory dish. This is done to increase the chances of fertilization.

A screening technique used to evaluate the chromosomal makeup of an IVF embryo and whether the embryo contains genetic abnormalities.

In this standard fertility test, a sample of cervical mucus is taken from the woman after intercourse to determine the number and behavior of sperm. Cervical mucus is an accurate reflection of the ovarian cycle, the PC test is an invaluable indicator of the endocrine preparation of the female reproductive system.

Infertility lasting six months or more in a couple who previously had a successful pregnancy and birth.

A facility that specializes in the collection and freezing of sperm, preserving it to be used later by a couple or donated for use in assisting others with infertility.

The number of active sperm in an ejaculate sample. Normally, the sperm count ranges from 15 million sperm to more than 200 million sperm.

The percentage of sperm in an ejaculate that moves forward.

Considered slang, this acronym is generally used as a form of shorthand in notes, in online communities, and on social media. Often seen as a hashtag: #TTC.

A testing procedure that uses high-frequency sound waves to view the ovaries, uterus, and the developing fetus.

This procedure is performed through a probe inserted into the vagina. It allows the viewing of the follicles, fetus, and other soft tissues by using sound waves. Imaging the structures in the pelvis with ultrasound can identify abnormalities and help diagnose conditions.

Are you ready to explore the possibilities for growing your family? Request a consultation with the specialists at Reproductive Gynecology & Fertility, your premiere source for comprehensive, advanced, experienced fertility care.

What Our Patients Say About Us 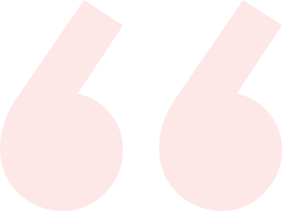 “RGI is amazing, start to finish. They never make you feel anything but comfortable. Thank you all for your compassion and care!”
“Thank you for everything the RGI team has done for our family! Everyone has been amazing, and we are grateful for your skills.”
“A wonderful place! I would highly recommend RGI to anyone who is in the same position as me and my husband.”
“Thank you! Everyone is extremely caring and professional. I wouldn’t go anywhere else!”
“RGI went above and beyond to make my husband and me comfortable and happy with the care they gave us!”
“We had a wonderful experience with the RGI staff during our IVF cycle. All staff were kind, friendly and very informative! We felt comfortable at every visit and each procedure. The staff at RGI are wonderful and made our IVF journey a great experience. We are so thankful!”

RGI is a proud partner of